Note: You can take a look at the research I did about Elizabethan music, and the one Bach, although these aren’t really connected to this exercise, since I mostly use the old knowledge I had, when I studied Fux and other polyphonic classics.

Here is my exercise: 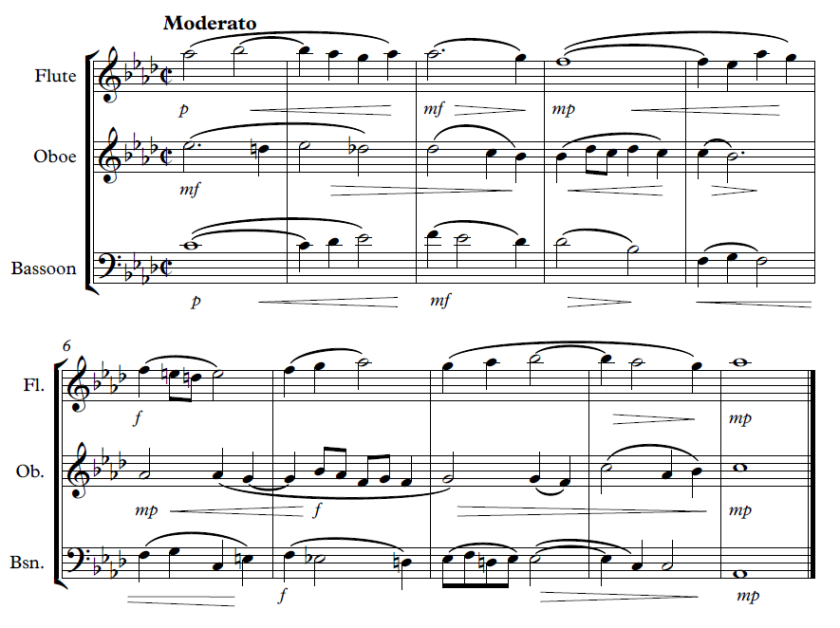 The piece has a stately character, just like the example given in the course, though I add a lot more rhythmic movement, especially from bar 6, but then the stately character returns near the end, making a well-rounded form.

Beside the harmony, there isn’t much to be said. The piece is in Ab major, with progression I – V – ii , then I use the secondary dominant for vi – V/vi, which sounds like a modulation to the relative f minor. Immediately after, the piece returns to Ab with the dominant, which is strengthened by its own secondary dominant, and we finally return to the tonic of Ab major.

Generally, I used my old knowledge for this exercise, but usually I wrote stately pieces in Renaissance style and not baroque, which is why this was interesting to me.