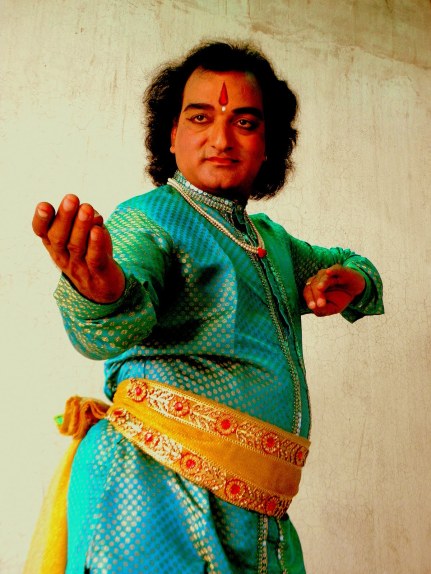 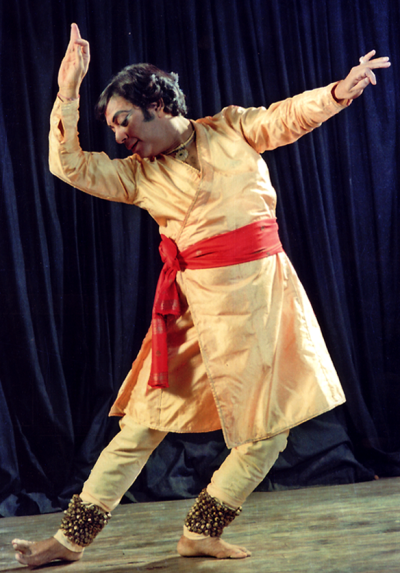 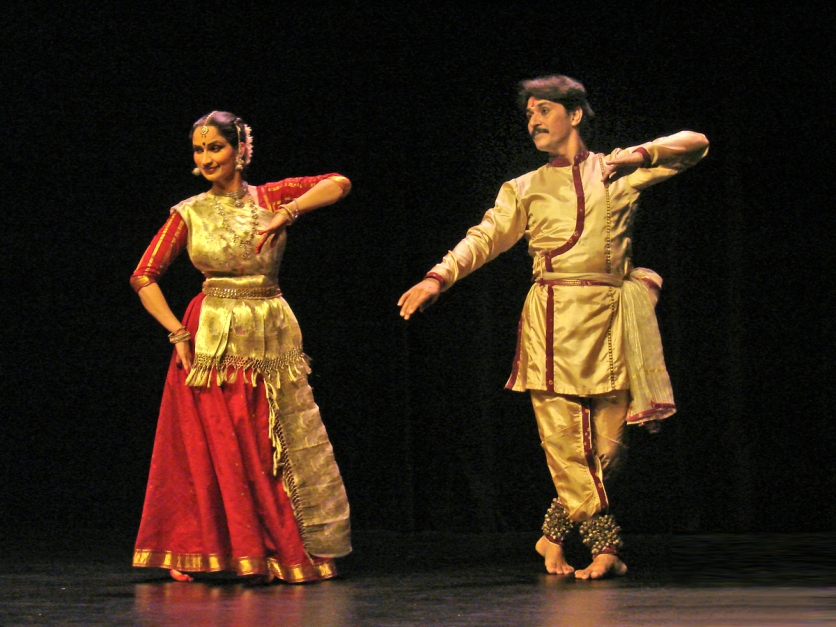 Kathak is traditionally danced by a soloist, either man or woman. Around the players ankles are bells called ghunghurus (Fig. 2). Lower-pitched (male) bells are worn on the right, the higher-pitched (female) bells on the left ankle. Girls usually wear 101 and men 151 on each ankle. Great care is taken over this so that the bells, which are ‘tuned’ to produce a pleasant tone when sound simultaneously, and not in a blurred jangle. The ghungurus actually inspired me to write my example – although I used finger cymbals to imitate them. END_OF_DOCUMENT_TOKEN_TO_BE_REPLACED

Reading about kathak dance was a great opportunity to learn more about the fascinating artistic dance forms of India in general (Fig. 1):

“Indian dancing, even in its classical styles, is one of the most ancient forms still surviving. It has of course altered, but its basic elements would appear to be much as they were over two thousand years ago.” (Massey, 1999: 1) 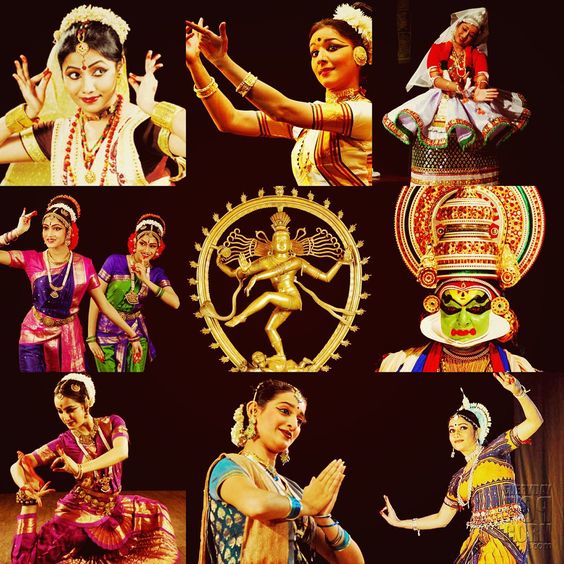 As Bajaj and Vohra (2013: 6) write, Indian classical dance is an umbrella term for various dance forms that have emerged from natya – the sacred Hindu musical theatre styles. The foundation of natya is laid in treatise called Natya Shastra, divided into 37 sections and describes in detail every aspect of three major performance forms including dance, which also combines the other two, music and drama.

In regard to dance performance, Massey (1999: 9) describes another, specific meaning of the term natya. Here, it has a connotation of being one of the three components of dance. Thereby, natya implies the dramatic element of a dance performance, with other two being nritta and nritya. Nritta is concerned solely with rhythmic movement in dancing and is therefore loosely termed ‘pure dance‘. It visualizes and reproduces music and rhythm by means of abstract gestures of the body and hands, unlike nritya, which “suggests ras (sentiment) and bhava (mood).” END_OF_DOCUMENT_TOKEN_TO_BE_REPLACED

Beck (2013: 175) mentions that the essential nature of Hindustani compositions is to reveal the poetry of taal, unveiling its subtle beauty and inner logic by continually reshaping the phrases and contours, which is amply owed to the rhythmic treatment – laykari.

As Clayton (2000: 153) writes, many laykari techniques share a similar idea: the notes of Hindustani music are dependent on syllables and “… syllables may in principle be added, subtracted, multiplied, or permutated, within taal’s metric framework.” We also have distortion or deviation from a steady beat – for example syncopation or rubato, which, together with ornamentation and different combination of bols, creates interest in lower rhythmic densities, while at higher densities, there are techniques such as cross-rhythmic accenting. (2000: 154) Laykari also includes cadential techniques, but perhaps more important than any of these, as Clayton points out, is the change in speed level that demonstrates a widespread tendency to acceleration in Hindustani music performance practice. (2000: 155) However, acceleration here is step wise and respects the notionally stable tempo of taal. END_OF_DOCUMENT_TOKEN_TO_BE_REPLACED

I structured my second example in two parts. For the first part, I wanted to get a more of an Eastern feeling, so I looked into the way pentatonic scale was used in the Far East, and I remembered my favorite Chinese composition – Three Variations at the Yangguan pass.

I heard it a few years ago, when I traveled across the North-West region of China and visited many places which belonged to the Silk Road. Departure from the Yangguan pass (Fig. 1), one of China’s two most important western passes, was “often a painful experience in which travelers were filled with sorrow at separation both from their loved ones and from their familiar cultural and geographic environment.” (Wang, 2016: 82) 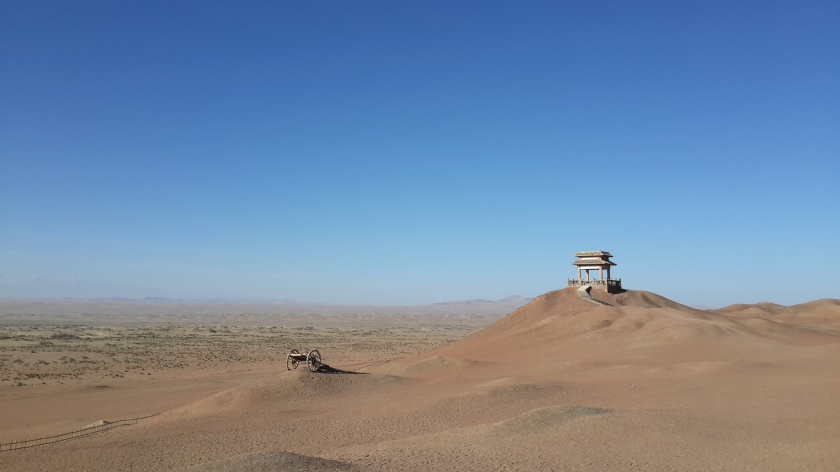 A widely known Chinese poem describes this psychological frame, written by a famous poet from the Tang dynasty (618-907), Wang Wei. The poem is titled “Seeing off Yuan at Anxi”:

Drink one more cup of wine my friend

West of Yang pass there’s no one you know”

Temple blocks come from Far East: in China they are known as muyu, in Japan mokugyo and in Korea moktak, meaning wooden fish. (Holland, 2005: 50) Traditionally, they are made of camphor wood (Fig. 1), hollowed out through a shaped slit representing the open mouth of a fish, the body is lacquered red and gold, and occasionally a small movable ball is carved inside a cavity, ornamenting the upper part of the instrument. (Blades, 1992: 391) They can also have a stem, being shaped like a fish tale, and often the craftsman’s initials are engraved on the side. As fish never sleeps, it represents a man’s full attention in religion: his soul has to stay awake and his body has to remain full of energy. (Volker, 1950: 118) 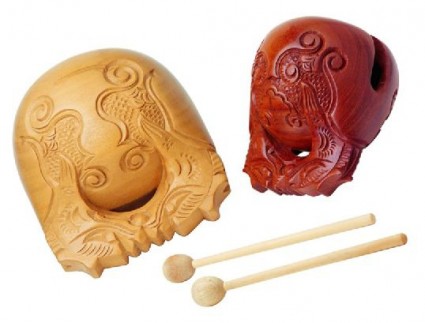 END_OF_DOCUMENT_TOKEN_TO_BE_REPLACED

Fandango, like many other Spanish dances, is a true mystery. Different sources cite different time of fandango’s emergence. Some say it appeared as as late as the 18th century (Apel, 1969: 307), some also mention 17th (Ruiz, 2007: 93), and some go as early as the 16th century (Martinez, 2003: 71). The exact birthplace is not known either. Although it is considered one of the oldest fundamentally traditional Spanish folk forms, there is a lot of research that points out the sub-Saharan African origin.

Blasis (1830: 28) mentions that a dance called chica, migrated to Spain from Central Africa where “every tribe dances it, particularly the Congoes.” It was from the Moors that “Spain received that dance now so peculiar to it, the Fandango, which is nothing else than the Chica, under a more decent form…” (1830:29)

END_OF_DOCUMENT_TOKEN_TO_BE_REPLACED

I have always been fond of the snare drum’s sound. With its unique, secco quality of strokes, that peculiar rattling timbre would always sneak up stealthily, like a snake creeping through the sand. And it’s that strange feeling of something mysterious that captured me.

Although, I was, with no doubt, aware of the military customs of the snare drum, I chose to explore its other side -its dance-like character. Dance is nothing new to the snare drum, as can be traced back with its origins. Medieval tabor (Fig. 1a), its direct predecessor, was used in certain countries as a folk instrument. 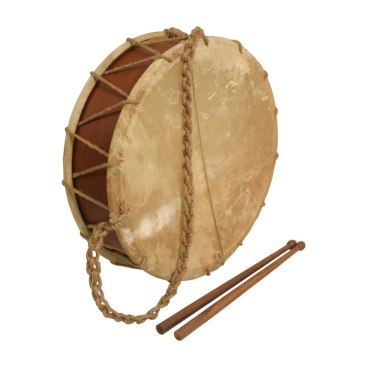 Northern Indian music, just like the Middle Eastern, also developed a system of mnemonic syllables for drumming. As in the case of tabla instrument, it’s an even more complex language, where each syllable – called bol, defines a stroke. (Gottlieb: 17) Tabla is a pair of drums (Fig.1), that consists of the right-hand drum – dayan (also what is known as tabla) and the left-hand drum – bayan. 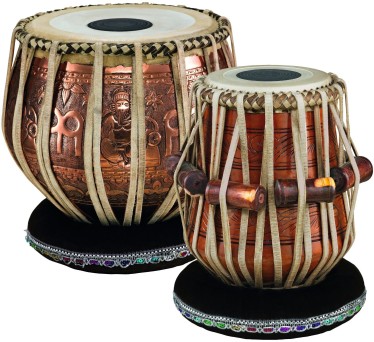 Because there are two drums, the bols can be for the left hand, the right hand and combination of both. To show how complex these are, look at the table of drum strokes below. (Fig. 2) END_OF_DOCUMENT_TOKEN_TO_BE_REPLACED

Continuing on with my musical journey, the search for new ideas for my third example lead me to the wondrous rhythms and concepts of musical time in Middle East and India. It is a small pair of resonant, metallic plates – the finger cymbals, that directed me there.

I have already mentioned in a blog post that a single finger cymbal often has its own approximately clear pitch, but the other is usually purposely tuned about a quarter step apart, so that:

“The result of this dissonance is a delicate, high pitched sound of indefinite pitch that blends well with the higher orchestral sonorities.” (Miller, 2015: 269) END_OF_DOCUMENT_TOKEN_TO_BE_REPLACED